This pair of cars represents a group of what appears to have been about a 50 car series of WC flatcars that were leased from PROCOR in 1994.

These cars were originally built in 1974 by Marine Industries as part of a group of 160 cars for PROCOR in the number series UNPX 173020-173179. These cars are just over 69′ in internal length between the bulkheads.

In 2005 these cars were transferred back to PROCOR and renumbered with UNPX reporting marks again, but keeping their 38000 series numbers.

Both photos at Steelton yard in 2000. 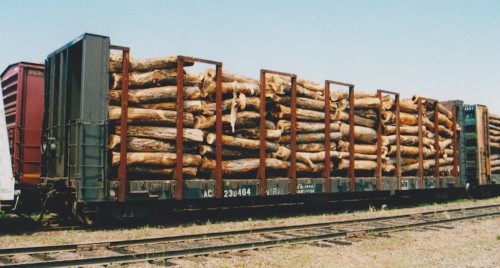 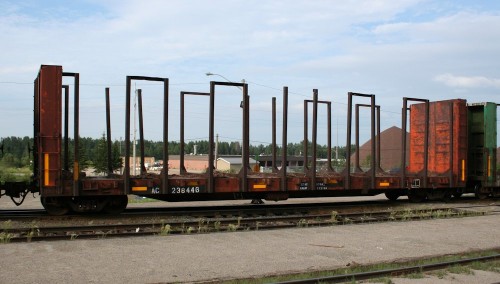 The orange paint on this car marks it as having been renumbered from a car in the specific series AC 2476-2494, originally built in 1975 for North American Car Co. (then one of the major car leasing/management companies – now part of GE Rail Services) and acquired by the ACR in 1994, possibly via the CN/CNIS 603400-603424 series.