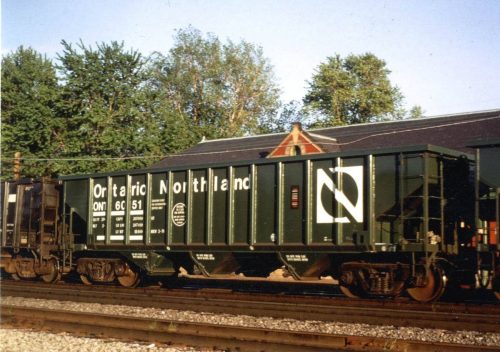 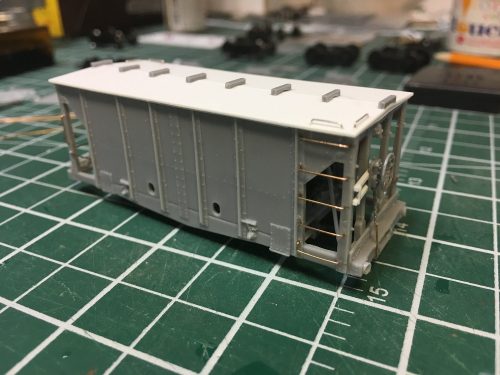 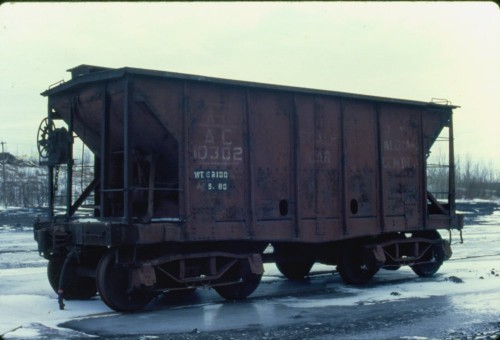 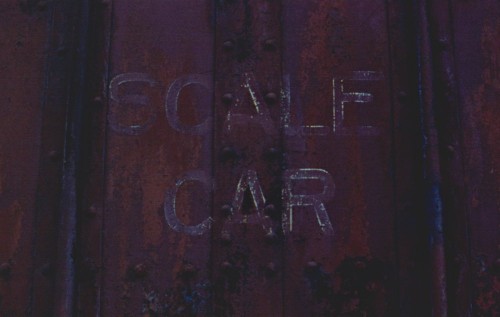 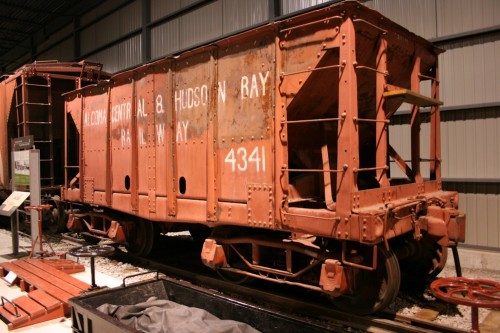 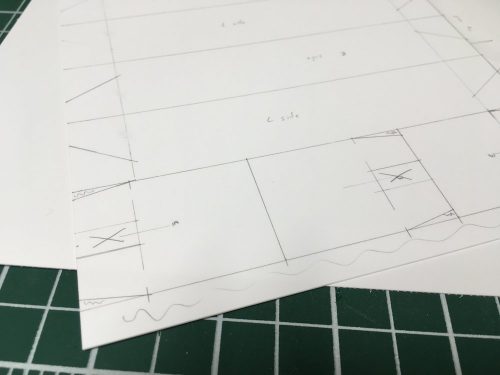 Continuing to make progress on my hopper scratchbuilds this week, assembling the body sides and end sheets.

The above photo shows the layout of the end sheets on the styrene sheet, these were laid out and cut out at the same time as the body side sheets. The angles in this project make things interesting, but essentially it’s a fairly straightforward exercise in geometry.

The tops of the ends are completely straightforward being a simple flat panel, and with the .060″ square top chord extended around. The square stock was filed to fit and the ends assembled to the bodies. 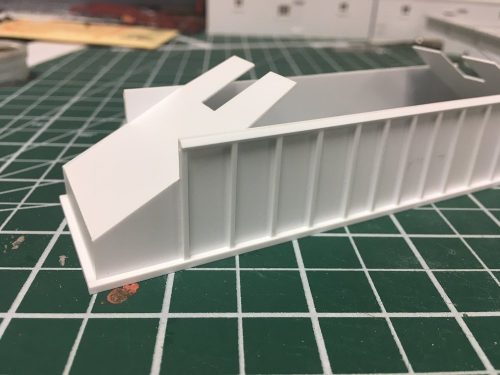 Next step is installing the end slope sheets into the body. The main trick here is to be very carefully to install everything square. 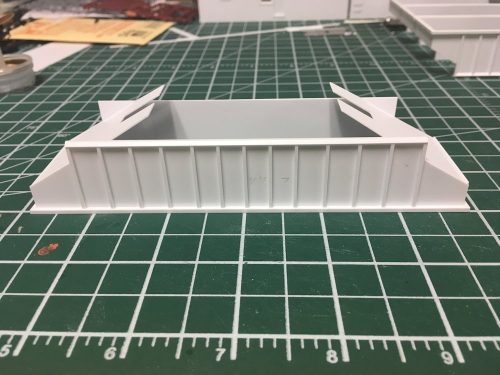 I have a few more of the cars to work through this week yet, and then the next step after that will be to cut out and install the intermediate slope sheets for the central bay. 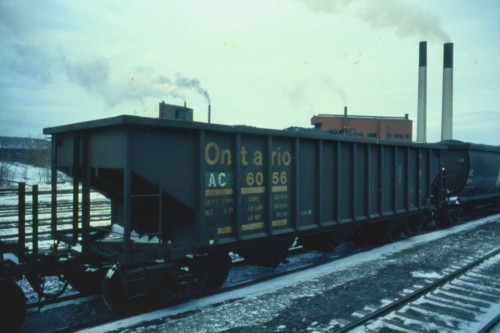 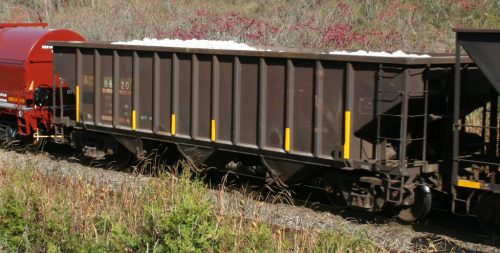 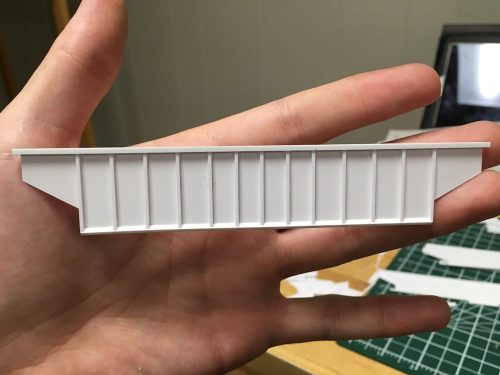