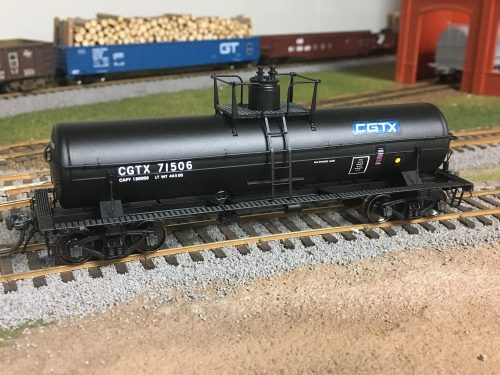 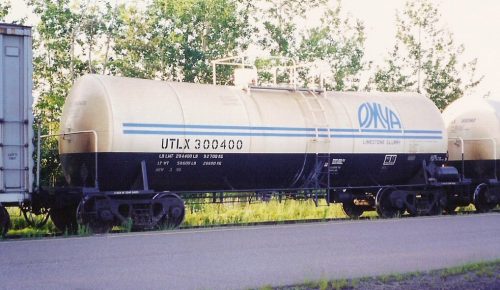 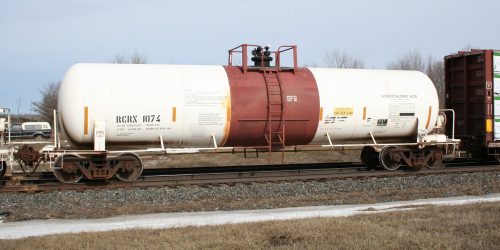 Hydrochloric acid is a commonly produced industrial chemical that has applications in many chemical and industrial processes including steel making. In steel mills it is used to remove rust, scale and other surface impurities from finished steel.

While the car above was not photographed on the Algoma Central, it is representative of a common type of car in hydrochloric acid service. (Note that the Athearn 20,900 gal. RTC acid tank car is pretty much bang on for this prototype.) I did see a couple of similar SHPX cars at Hawk Junction, but didn’t get a good photo; I could also see some similar tank cars from a distance in Steelton yard from the Canyon Tour Train.

A related byproduct of using hydrochloric acid in the steelmaking process is the production of ferrous chloride as a waste product. This corrosive chemical has uses in water treatment systems, and a CN conductor friend of mine recently mentioned that he occasionally delivers a tank car of ferrous chloride from Sault Ste. Marie to the water treatment plant in downtown Toronto. Ferrous chloride (and related compounds like ferric chloride) is also shipped in tank cars of a similar size and design to hydrochloric acid.