Hawk Junction is the main division point in the middle of the Algoma Central Railway. Hawk Junction is located roughly in the middle of the main line between Sault Ste. Marie and Hearst, dividing the line into the Soo (south) and Northern subdivisions, and is the junction with the Michipicoten subdivision branch line to Wawa and Michipicoten harbour.

Virtually every train operated on the Algoma Central in the latter part of the 20th century, other than the Agawa Canyon Tour Train, ran either to, from or through Hawk Junction.

Accordingly, Hawk Junction featured a yard, engine facilites, several service tracks and a turning wye, as well as an attractive brick station built in approximately 1944 when the yard layout was extensively rebuilt. 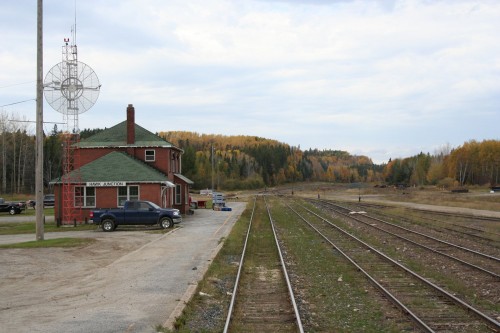