I’ve been spending some time recently on a project to go over my trip photos from my ride on the Tour of the Line and using Picasa and Google Earth to geotag the images from along the line.

I’ve recently uploaded my Algoma Central photos to a Google+/Picasa Web album, which you can check out here. The album contains over 750 images, from several visits to the former ACR in 2004 (Sault Ste. Marie only), twice in 2013 (Sault/Searchmont/Hawk Junction by car in the summer, and the Tour of the Line trip in the fall), and 2014 (Agawa Canyon Tour Train trip) as well as a few older 1981 photos from my slide collection.

Every one of the posted photos in the album is geotagged with it’s GPS coordinates, or at least as close as I can figure them. I was actually able to figure out very close locations for the majority of my photos by fixing certain known locations, and following the line on satellite imagery and reviewing photos in sequence, and noting and comparing features in the satellite imagery and an old ACR track diagram to my photos and the sequence in which they were taken. 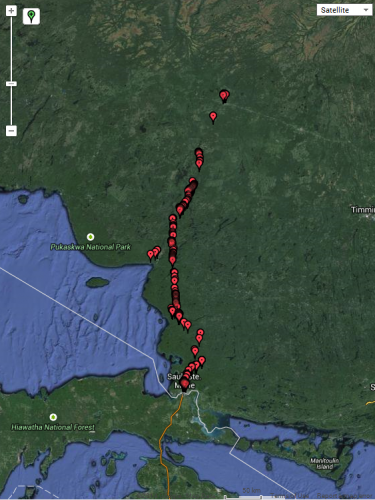 GPS location information on 750+ images in my Picasa album.

(Note – if you’re viewing the album in a mobile browser, that version of the web page doesn’t seem to provide any way of seeing the location information for a selected photo. If you’re viewing on a regular desktop browser, expand the Photo Details section at the right to see the little key map.) 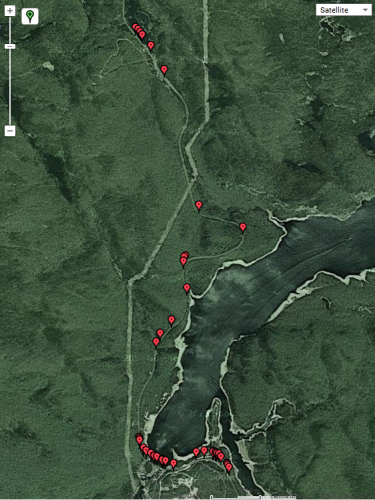 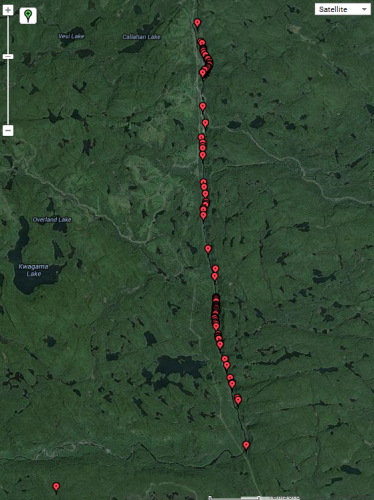 For a neat visual representation, click here to download a Google Earth .KMZ file (23 Mb) that overlays a small thumbnail of each image in the entire album on the map and satellite imagery.

I wanted to make more of my photos from the Tour of the Line available to other ACR fans and modellers, and I think the geotag information should really help relate everything together.

One thought on “Photos of the Line”