Today I received the last needed decals for the excess height markings for this car in the mail and finished off the last little details on this car. Just in time to deliver it to this weekend’s operating session at the model train club. 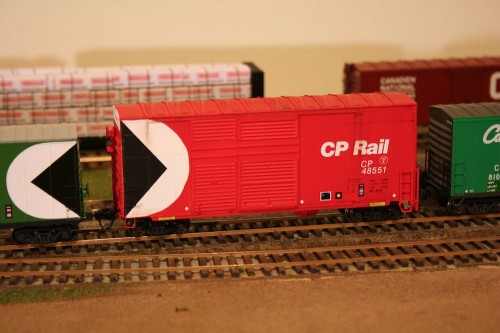 This was kitbashed from an Intermountain 40′ boxcar, with the body cut and spliced to extend the height. One of the greatest advantages of the Intermountain kit for this job is that the roof, ends, body and doors are all separate pieces, and the ends, doors and roof on the prototype car all have their splices and extra material in different spots. 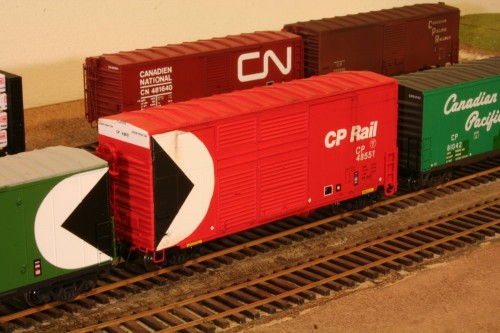 The lettering and various markings was cobbled together from a mix of Microscale, Highball Graphics and CDS sets. Photos of prototype cars show quite a variety in the exact positioning of different pieces of the lettering, no two seems quite the same. 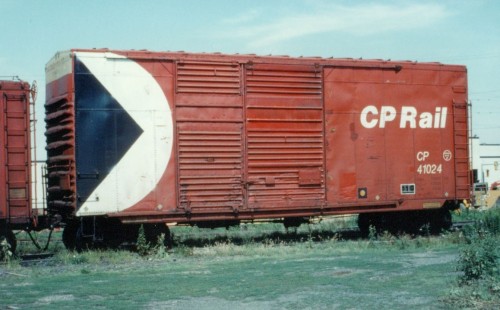 This model is based on prototype photos of about 4 different cars in the CP 41000-41029 series (the above example courtesy Jurgen Kleylein), which was rebuilt in 1980, but I numbered it after a car in the small 3-car series 48550-48552 which existed in the mid 1970s and has the same reported dimensions and features. Unfortunately, I’ve not found any photos of any of these cars, so I’ve exercised a little modeller’s license and an educated guess that their appearance would be the same or at least similar. 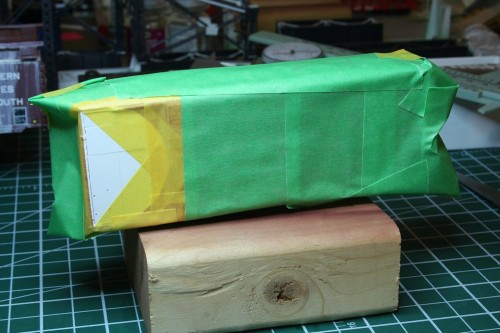 The extra-tall squished multimark was custom masked and painted to fit.