Perry (mile 149.9) is located 15 miles south of Hawk Junction. Perry was the location of a passing siding, the railway’s ballast pit, and one of the old regularly spaced track section bunkhouses. While the proximity of the spur to the old ballast pit adds some interest, Perry is a good example of a pretty typical location along the Algoma Central Railway, although while many such locations along the ACR are completely inaccessible except via the the railway, Perry is accessible (at least today) via an unimproved logging road.

Of course operationally the key feature of Perry is the passing siding, as a meeting point for trains. Here we see a pair of freights meeting at Perry in March of 1981: 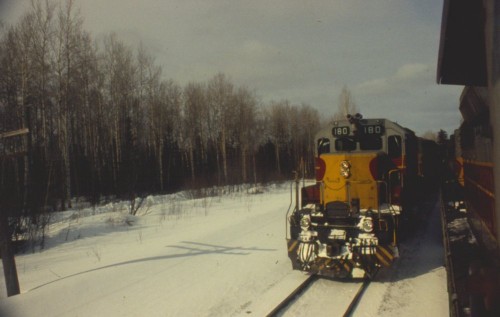 The lack of lit classification lights or flags on 180 South indicates that this is regular Hawk Junction to Steelton (Sault Ste Marie) southbound freight No. 10; our train is most certainly a slightly late running No. 9. As the northward direction is inferior by timetable, No. 9 takes the siding to clear the main for No. 10.

Having cleared the passage of No. 10, No. 9 now pulls out of Perry siding. The Perry section house is visible ahead, beyond the north switch of the siding. 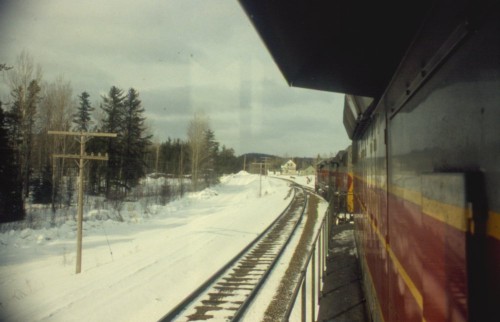 Here’s a close view of the Perry sectionhouse as it appears today (photographed on my trip in October 2013). 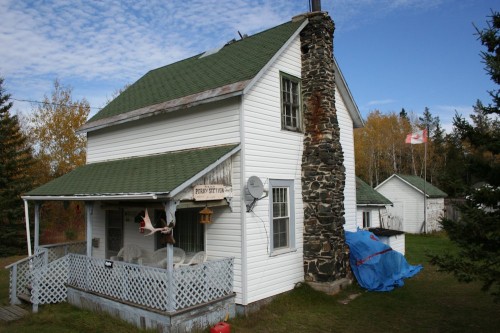 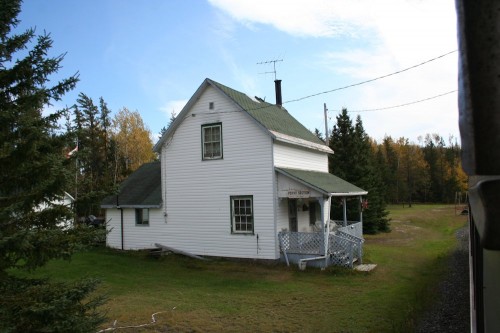 Today the section house is a privately owned cabin. Originally, the purpose of this building was as a bunkhouse for railway track maintenance workers. Various small sheds nearby served as storage for various supplies and materiel required for the track worker’s trade.

This structure is pretty typical of the ACR’s standard section house design, although the rough stone chimney is a unique feature and a result of remodelling by the new owner. The metal plate in the centre of the roof along the ridge line indicates where the original chimney for the wood stove would have been located. 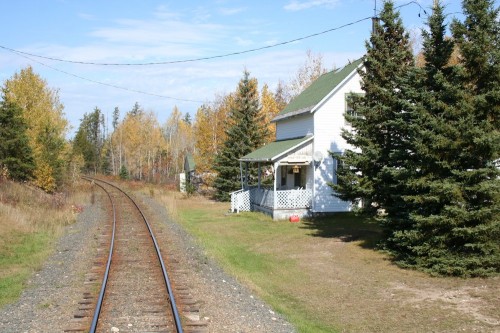 Travelling back south along the siding, looking out the back of a southbound passenger train, we see the north siding switch at Perry. The house track at Perry also starts immediately at the north end of the siding: 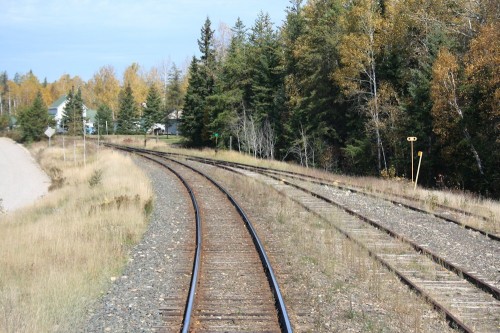 After travelling through a sweeping curve, the siding straightens out. Here there is a cleared area along the house track; it’s possible this area may have at one time been used for loading pulpwood, like many such sidings along the ACR: 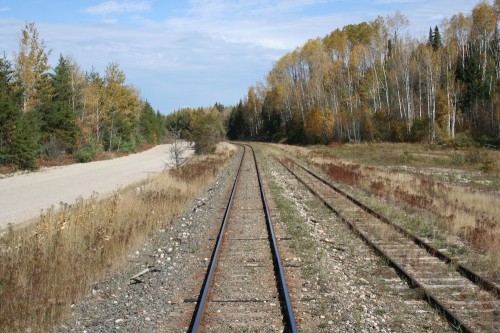 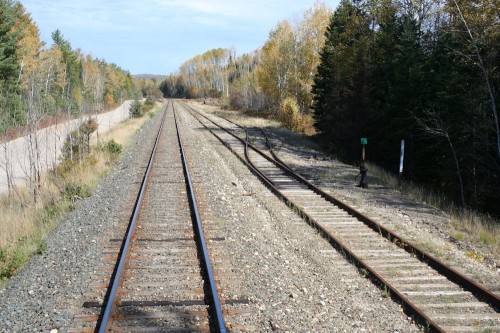 The south switch of Perry siding. The conductor of the passenger train is throwing the switch so that the short train can back into the siding so we can meet a northbound freight: 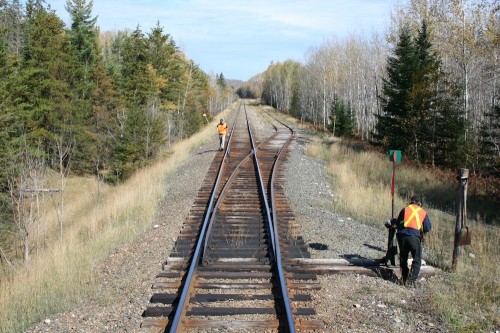 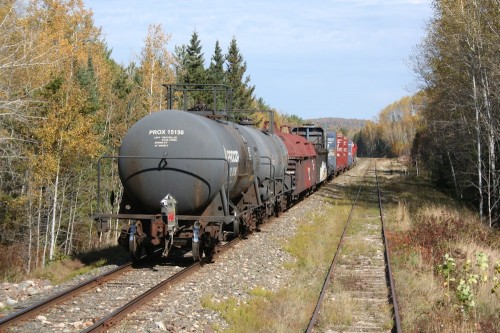 In order not to make this post too large, I will post several views of the ballast pit and area to the north of Perry siding in a separate later post.