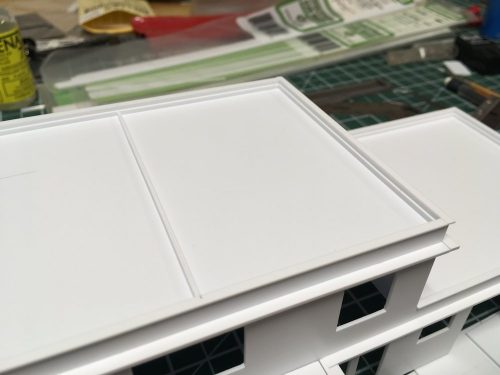 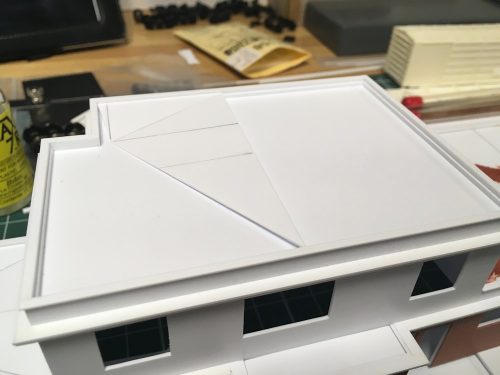 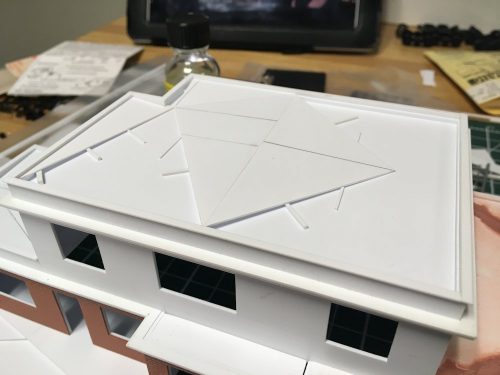 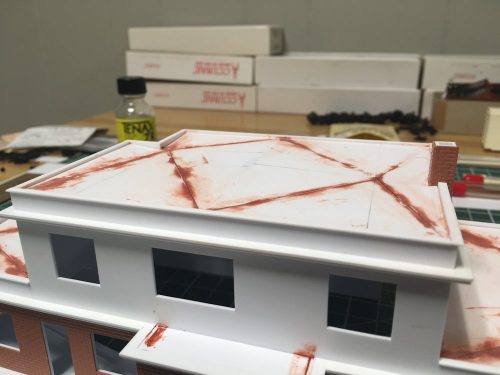 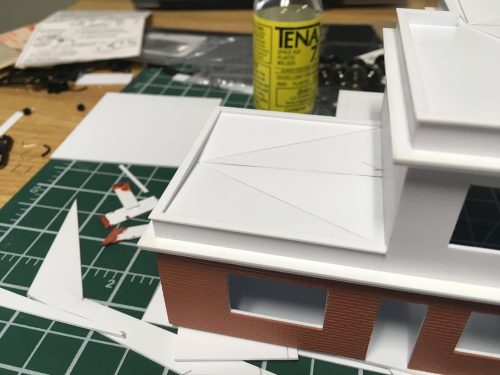 Construction progress on the Wawa station continues to move forward. A major (but relatively simple) step in the progress is applying the brick texture to the lower levels of the structure, as well as constructing the brick chimney. 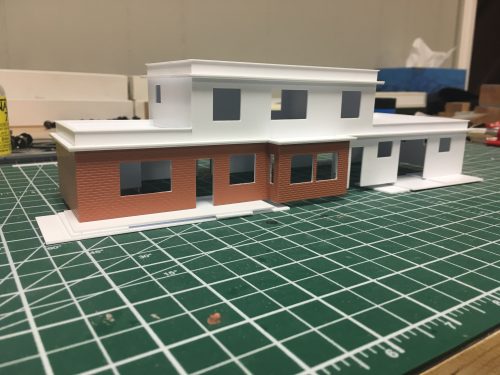 In these first two photos, we see the brick sheet in progress of being added to the lower story of the structure. I had some sheets of Plastruct HO brick that I’ve been using on this station; similar brick sheet products are available from JTT, N Scale Architect and other sources. 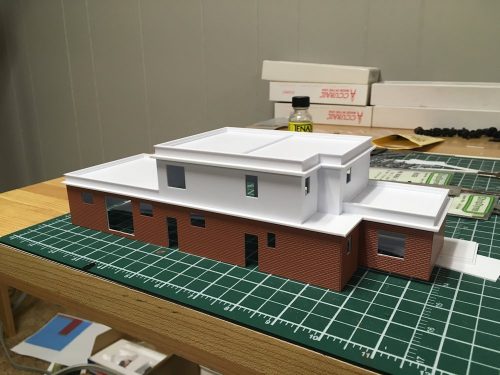 Fashioning the chimney is slightly more interesting, as the core is build up from various “4x” (4×12, 4×8 and 4×6) styrene strips and then laminated with the Plastruct brick texture sheet. 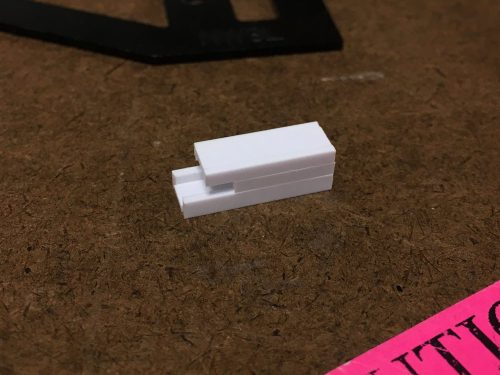 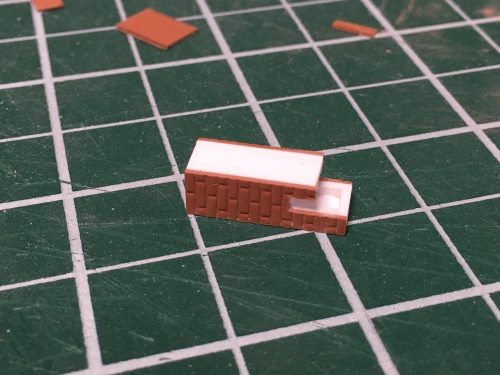 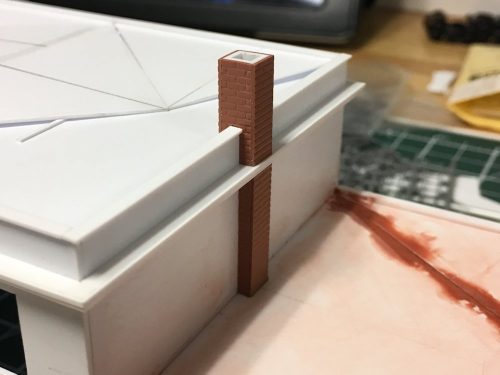 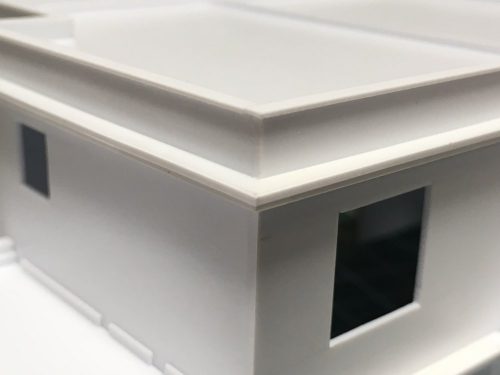 The Wawa station build keeps moving forward with the detailing of the structure.

The station featured these decorative eaves around the entire structure below the tops of the walls. To represent the proper shape of the eaves, I built them up out of styrene strip. The core is a 4×12 strip on edge forming the base of the protruding eave, with a 1×12 laminated on top to achieve a proper thickness and cover the joints between the larger strip.

To represent the decorative edging, fascia strips of 1×6 and 1×3 are added around the outside edge after the main core is built up. 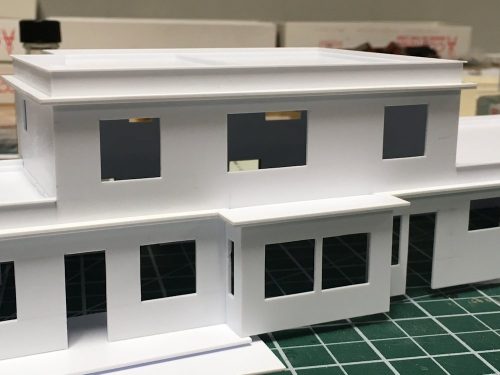 Starting to look a bit more like the drawings and photos, but still much more to do… 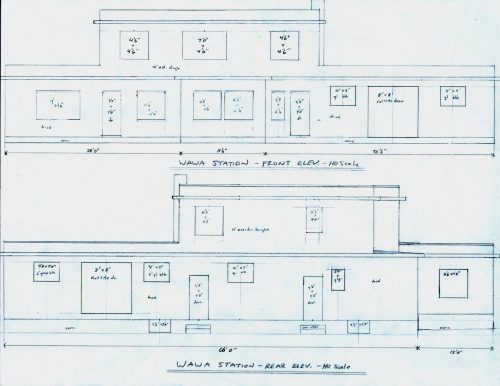 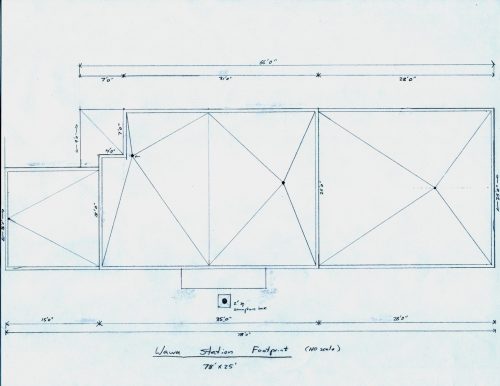 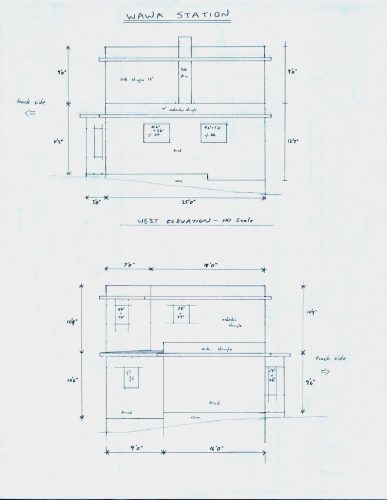 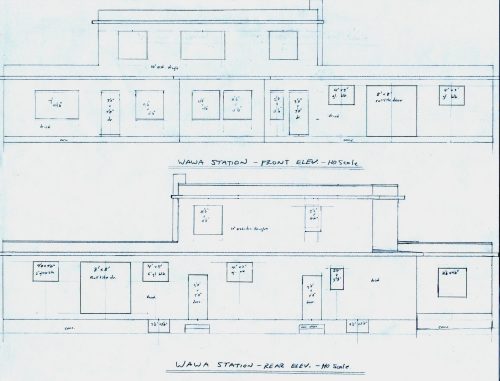 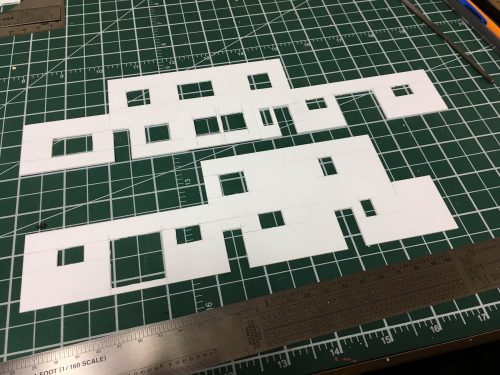 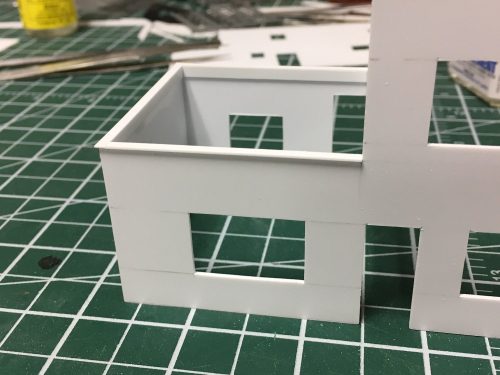 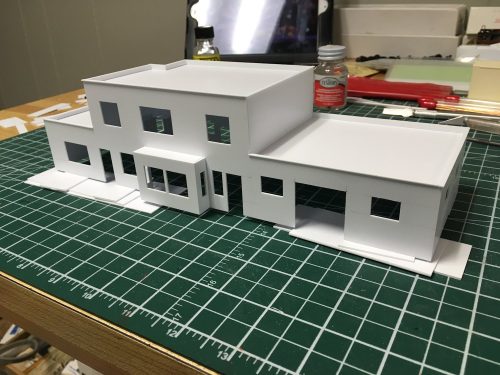 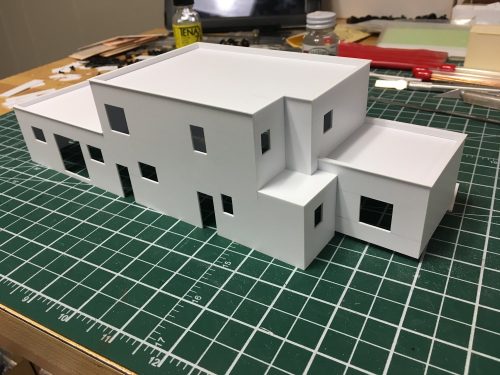