I spent some time tonight disassembling and stripping the paint off of some Walthers hopper kits to prepare them for detailing. 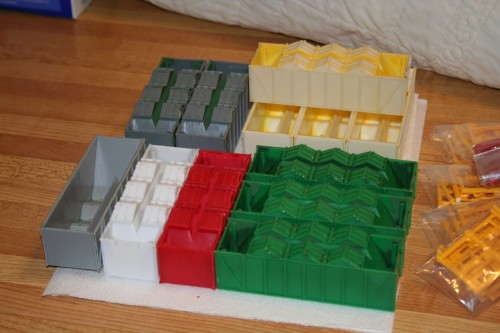 Yesterday these dozen cars were in such varied paint schemes as Conrail, FEC, William Bros./Blue Circle Cement, and even WC/AC. It’s interesting how underneath the paint the cars were also cast in varying colours of plastic.

A bath of 90% rubbing alcohol from the drugstore attacked the paint and lettering quite nicely – in less than five minutes the lettering was literally floating off of the yellow cars. Most of the paint came off quite easily by scrubbing with an old tootbrush, although it took a little elbow grease to get most of the paint out of the corners.

Here’s a good view of what the end of one of these cars looks like:

While the stock Walthers model basically just has some generic raised-tread pattern on the end, you can see that the pattern of walkway grating is quite distinctive, and I wanted to capture this.

The following wreck photo also highlights quite clearly how the grating is open, and would be see-through:

If I were only doing one of these cars, I might consider completely cutting away the end platforms and rebuilding them from scratch to have the open grating, however for the sheer volume of these cars that I need, I’ve decided this would be far too much time and effort to be worth it.

I do however wish to at least replicate the tread pattern, which is a big difference from the model. To this end, after disassembling the cars and removing the handrail pieces, I filed the top surface of the end platforms smooth to remove the existing tread texture. 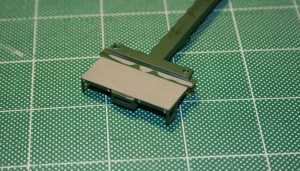 I cut the new walkways out of etched brass walkway/grating material. The walkways are a rectangular “Apex” tread pattern. I’ve been using etched brass material from Details Associates. I just used a regular pair of scissors to cut the thin brass sheet.

There’s two parts to the walkway tread on these cars. There’s the grating on the open area of the platform, and an extra bit of grating leading to the end ladder. The platform grating is cut out of the etched material in a rectangle 2.5 by 10.75 scale feet in size. The cut piece should all be whole rectangles, with the “grain” following the width of the car.

The walkway to the end ladder grabs is oriented perpendicular to the platform grating. With the sizing of the rectangles in the Details Associates etching, I cut a strip from the etched sheet 3 rectangles wide; this is perfectly the size to fit between the platform grating and the car body. I then cut these into approx. 1.75 scale foot pieces.

With all the piece cut, I attached them to the prepared underframe pieces using CA adhesive. Very carefully, trying not to glue my fingers to themselves or the car, I used a toothpick to spread the CA across the bottom surface of the grating, and then applied the grating material to the car. For the smaller pieces I used a pair of curved tweezers to move them into position. 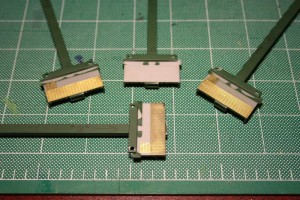 Several finished platforms, with one just filed smooth in the middle. 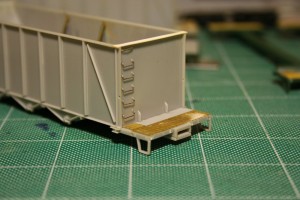 Completed walkway/platform grating with the underframe and body fitted together, showing how the walkway accesses the end ladder.

This is the current point I’m at with these cars (well, the 9 I’m [semi-]actively working on). 5 cars now have the grating complete (I just finished a few of them up tonight) and another 4 have the platforms filed and prepared (and actually have for quite some time now).

After I finish this current batch of cars, (I’m hoping to try to bring these 9 all the way through to completion now) I’ve got another 50 or so of these Walthers cars waiting for the same treatment at some point! 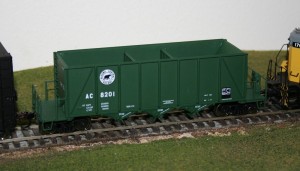 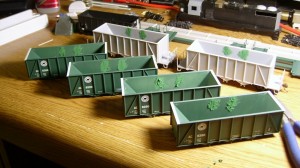 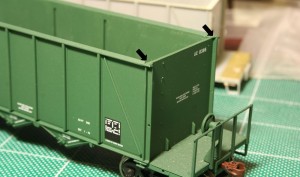 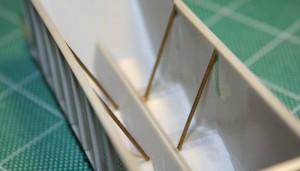 One interesting variation on these cars was a series of 10 cars, AC 8330-8339 that were rebuilt in the early 1990s with side-discharge gates suitable for ballast service.*

This would certainly be a neat variation to model, and an interesting kitbash, although this is several years outside of my modeling time frame of 1985.

Has anyone reading this blog ever modeled a similar sort of ballast service rebuild?

*I’ve seen video however from the early-mid 1990s of a couple of these rebuilds mixed right in with other hoppers on the branch train to Wawa/Michipicoten. It seems they were still used in regular service when not used for ballast service. 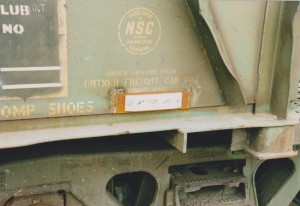