Today I took the opportunity to attend the new Copetown Railway Prototype Modeler’s (RPM) Meet held at the local community centre in (obviously) Copetown, ON. 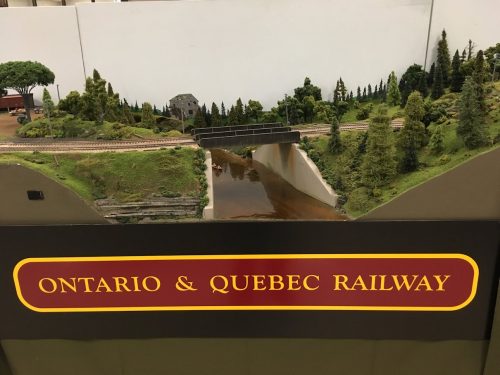 A portion of the Ontario & Quebec modular display layout, set up for operation & display for both the Saturday and Sunday shows.

Tomorrow (Sunday) is the long-established Copetown Train Show, which has always been regarded as somewhat more of the prototype modeler’s show; with some of the historical groups and Canadian manufacturers and kit makers (big and small) displaying their stuff. But other than some of the photo print vendors, not too much other selling – i.e. no flea market tables that you find at most shows. I’ve always liked this show; it’s quite a bit smaller than the other shows, and you won’t go treasure hunting through piles of secondhand wares, but it’s a nice place to interact with some of the makers and I usually end up spending more time at this show than the larger ones because I end up running into many people that I know. I won’t be there this year though, as I didn’t stay over and returned to Sarnia in the evening, and making the drive twice is a little much. 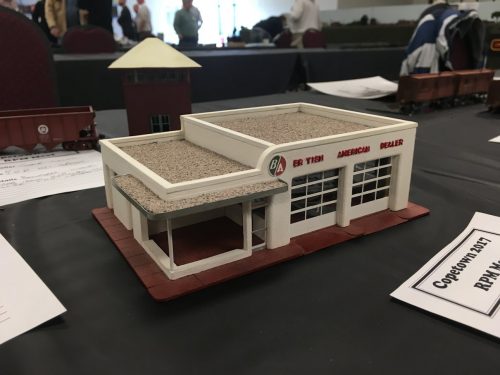 This year, the organizers of this show also staged an RPM meet on the Saturday. (The RPM meet was also tied in to the Sunday show in that if you paid admission to the meet on Saturday, your ticket was also good for free admission to the show on Sunday as well.) If you’re not familiar with the RPM format, it basically consists of a display room where attendees can set out some models for display, and several clinic presentations are schedules throughout the event. It’s basically a great opportunity to mingle and meet with other modelers, share information and discuss techniques and tips. There’s a huge social aspect to this type of event, and as it attracts a more serious type of modeler, there’s usually some really nice modeling on display, but learners are also more than extremely welcome to participate; indeed, it’s a wonderful opportunity for getting ideas, inspiration and information from the other modelers you meet. They may be serious about their craft, but in my experience the type of modeler that identifies with the RPM crowd tends to pretty generous with sharing techniques and information.

Compared to the established Toronto RPM, the turnout of people and models was a little smaller (and the huge size of the hall compared to the classrooms at the Toronto meet’s Humber College venue) probably made it feel smaller than it actually was), but for being the first time it was held, it was a pretty good turnout and Steve Tuff the Copetown RPM & Show organizer was more than pleased with the success of the Saturday event. 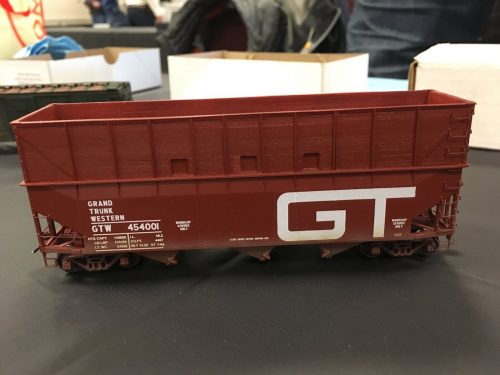 Apart from the model display and mingling with the other modelers; the other big component of the RPM meet are the clinics. These are prepared presentations on some aspect of model or real railroads. There were four clinics presented. Matt Herman of ESU/LokSound gave a presentation on the features of their new sound decoders, my friend Bob Fallowfield gave a short presentation on his layout, based on his boyhood hometown of Woodstock, ON, Steve Lucas did a photographic presentation on the CNR lines in and around the Metropolitan Toronto area and their history, and John Spring gave a similar tour of the Toronto, Hamilton & Buffalo Railway main line from Buffalo to Hamilton. 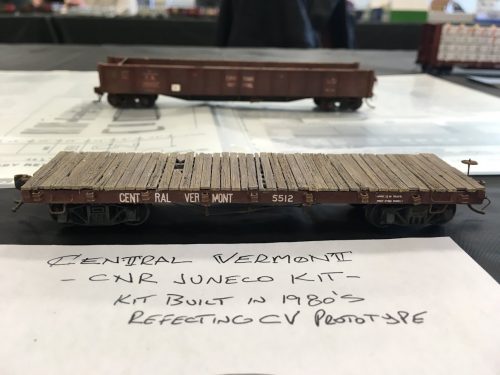 All in all, an RPM meet is a great way to see some neat modelling and rub shoulders with some like-minded individuals, and I had a pretty good time overall. After the show was over, I hooked up with Matt Herman, Bob Fallowfield and Scot Atkinson and we ran into Dundas for some Tim Horton’s and back up to the old Copetown mill to hang out for a bit and watch a couple of trains go by (catching one VIA passenger and one CN freight) before splitting up to head home. A fun way to close out the day.