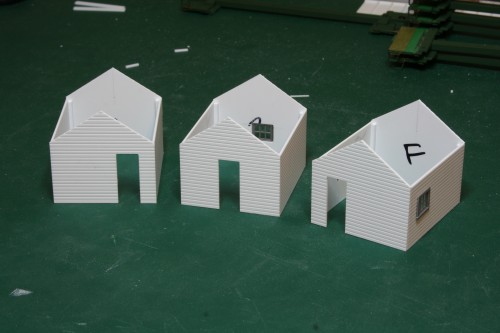 Here’s another grouping of small tool/materiel storage sheds, following a common ACR pattern. These storage sheds are commonly found with the section houses that dot the line at periodic intervals that once supported track maintenance workers. Below can be seen a classic example with the old section bunkhouse at Franz:

And this similar shed is almost obscured in the weeds and bushes behind Searchmont station, but appears to follow the same pattern and dimensions, although comparing photos of various sheds at different locations, some of the minor details like the position of doors (either centered, or offset to the left or right on the front of the shed) and windows (some on the rear wall as at Searchmont, and other examples showing a small window on one side of the shed) vary a bit from one example to the next. 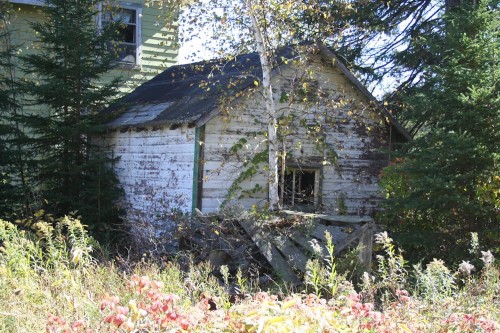 Nathan Brown of the Searchmont Station Preservation & Historical Society was able to send me the following measured dimensions of the existing shed at Searchmont, which were extremely helpful in laying out the pieces for these sheds. Thanks Nathan for the data!

Hey Chris,
Here are the specs on the shed behind the station.

4ft 4in from left

6ft 5in from the peak

3ft 5in from ground

Armed with a collection of different photos of various section locations, and particularly of Perry, Franz, and Mosher, which locations I’ll hopefully include in my future layout, I was able to lay out three similar sheds. I don’t have shots that show all four sides of any of these structures but I do have at least one photo at each location showing the shed or part of the shed to know where the front door was located. Given the lack of photos of the rear and both sides, the small window locations were somewhat freelanced based on positions shown in collected photos of similar sheds at different locations. (Each shed has only one window, and on each of the three models below I located it in a different place, but always following precedents shown in prototype photographs.) 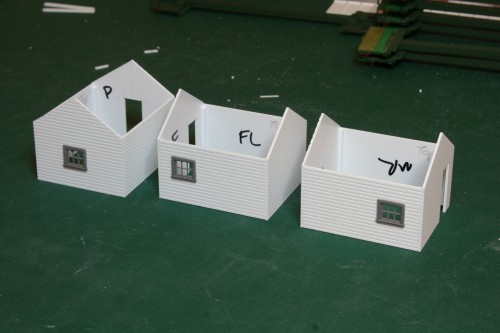