This follow-up to my post about my ride on the Agawa Canyon Tour Train last week contains several additional photos of items of interest around Agawa Canyon Park, in no real specific order. 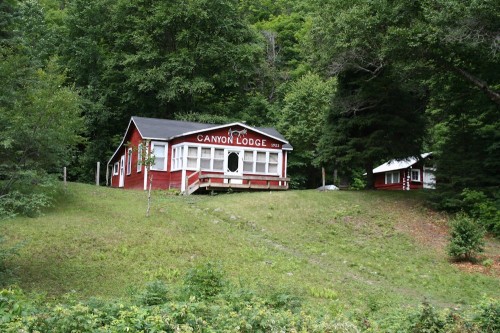 Canyon Lodge, near the north end of the park. 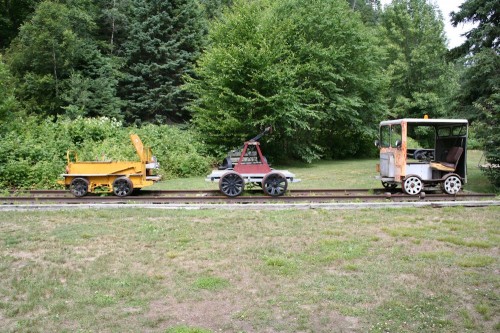 This display of track speeders and handcar is located near the north end of the park, across the tracks from the Canyon Lodge. 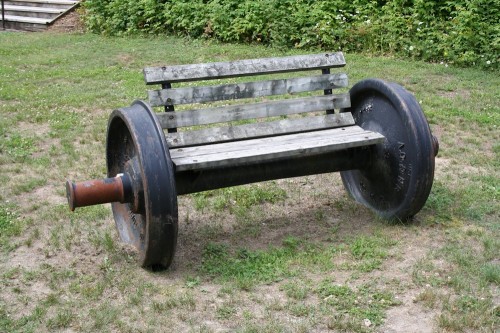 One of a pair of benches made out of an old wheelset. What an appropriate feature to have at a railway owned park. 😉 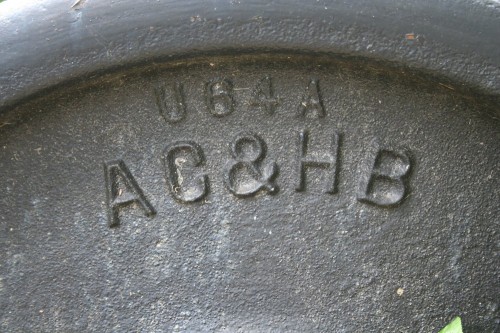 Cast lettering on the back of one of the wheels. AC&HB refers to the full name of the Algoma Central & Hudson Bay Railway, as the company was officially called until 1960. Having never extended anywhere close to Hudson Bay (while surveys were conducted during the initial 1899-1903 construction period, the railway finally reached Hearst in 1914 and was never extended beyond there) the “& Hudson Bay” part of the name was finally dropped. 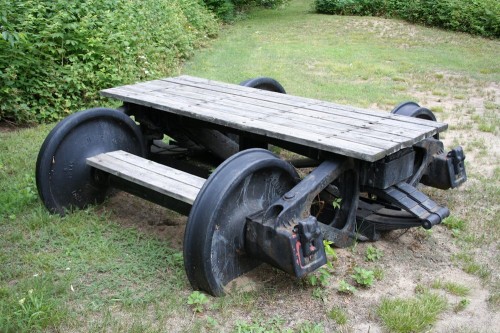 A picnic table made from an entire freight car truck. IIRC the sideframe had a 1928 date cast into it, so it may be originally from one of the Algoma Central’s 3100-3199 series wood boxcars, which were built in 1928. 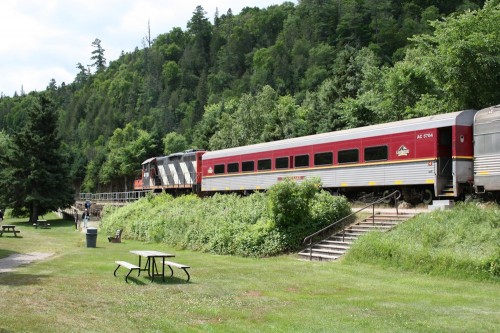 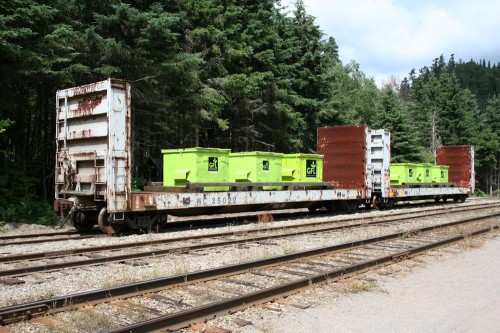 The Agawa Canyon Park is only accessible by rail. There is no road access in or out of any kind. Therefore anything coming in or out of the park must go by rail. Garbage collection service for the park is handled by flatcars with dumpsters; trash is collected by the park staff from trash cans in the park and put into the dumpsters which will be hauled away at regular intervals by the regular freight. 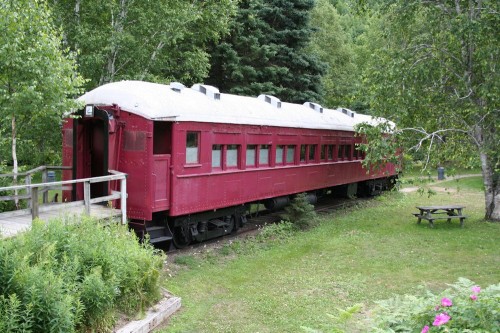 This old passenger car in the park was previously used as a souvenir shop on site, but appears to be unused now.

This car’s last official identity before retirement was as work service diner 10400, and was previously cafe car 502. It had been originally acquired by the Algoma Central in 1949 from the Denver & Rio Grande Western and were originally built for the Denver & Salt Lake Railroad in 1913. 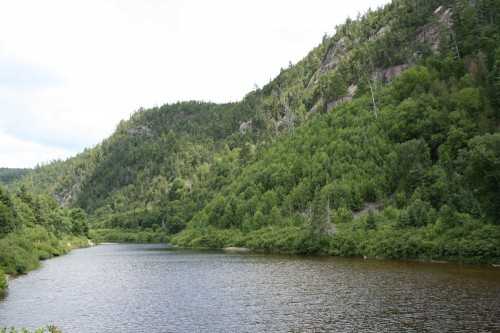 And one final shot of the serene Agawa River through the canyon.