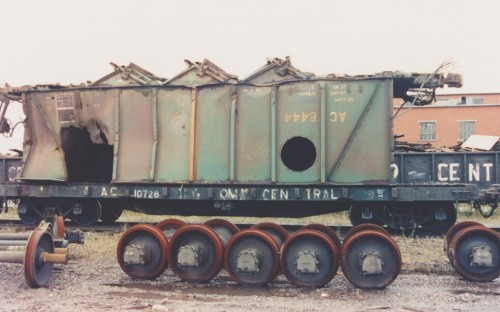 Here’s an interesting sequence of images taken by a photographer riding in the cab of the trailing unit of northbound freight train No. 9 from Steelton Yard (Sault Ste. Marie) to Hawk Junction. As the train arrives at the north end of Canyon siding we see several cars of a work train parked in the siding and house track at Canyon. The siding has a string of gondolas and flatcars which be loaded with ties, track parts and other maintenance materiel. The farthest gondolas may be crane support cars. In the house track is a string of crew accomodation cars. 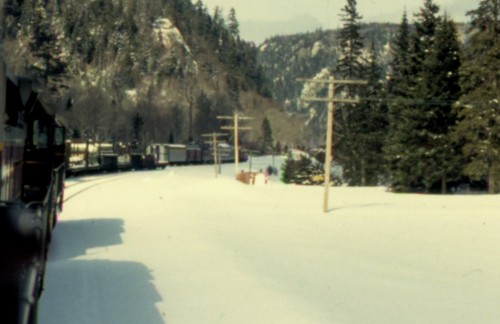 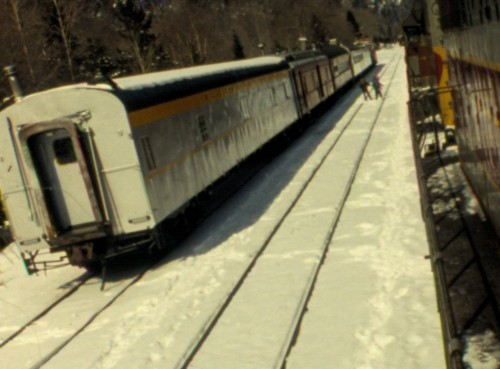 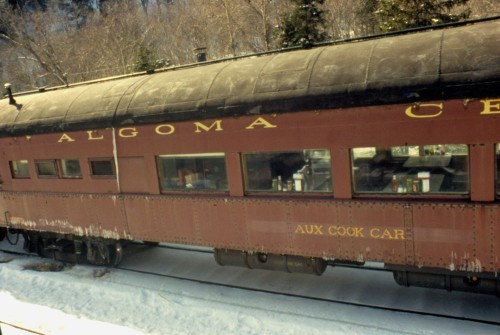 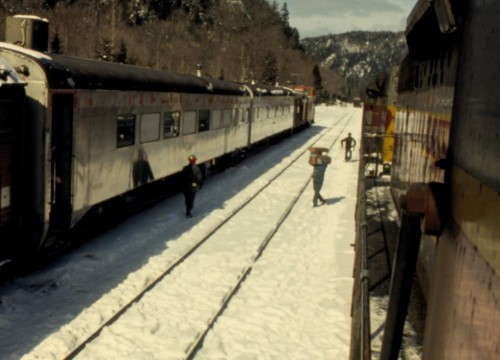 The reason for the railway service cars becomes quite clear as we encounter the mangled remains of several wrecked hopper cars. A recent wreck at the north switch of the Canyon siding has spilled several cars and their contents of sintered iron ore down the embankment and into the Agawa River alongside the tracks. 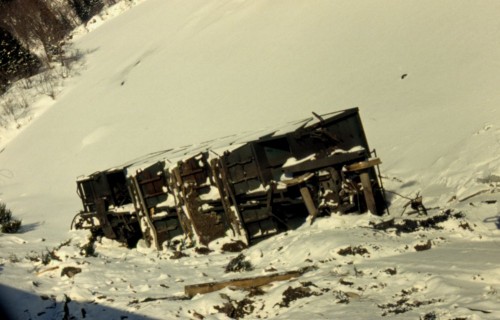 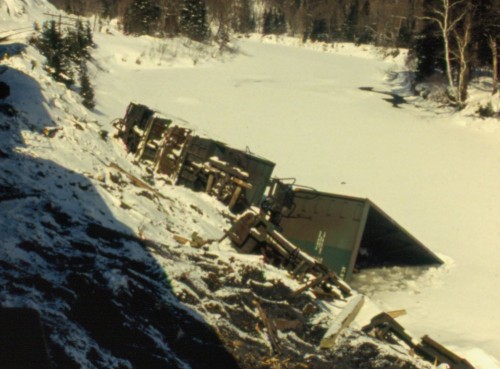 We can see that crews are quite busy cutting up many of the damaged cars for scrap on the spot. There’s not much left of this hopper car, and look at that pile of acetylene bottles: 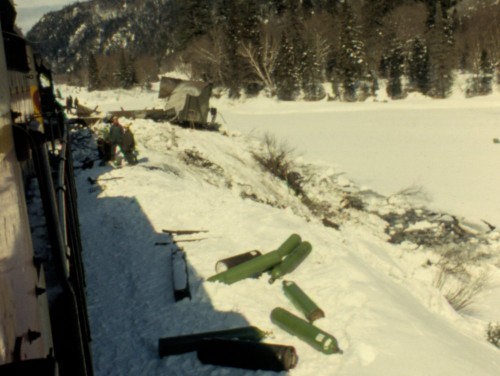 Several cues have already led me to date the slides in this collection to a trip made sometime during the winter of 1980-81. Ted Ellis also has a pair of photos of a similar wreck at the north end of Canyon siding on his website:

These photos are dated March 9, 1981. I think it’s pretty safe to say we are looking at the results of the same wreck, with the slides in my collection having been taken several days to a couple of weeks after Ted’s photos, which appear to show the beginnings of the wreck cleanup to re-open the line. Aside from providing an interesting angle of a few wrecked cars, these wreck shots pretty conclusively date this set of slides to March of 1981.

And to tie things off, here’s a neat sequence of images of a southbound work train carrying the ruined remains of those wrecked cars on their last trip by rail, on April 1, 1981: