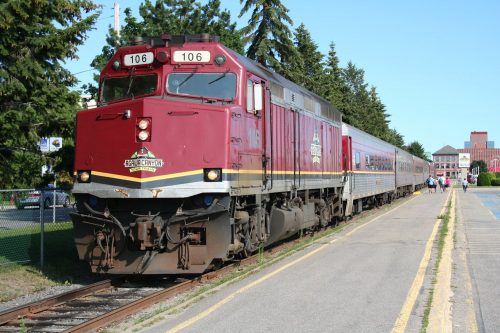 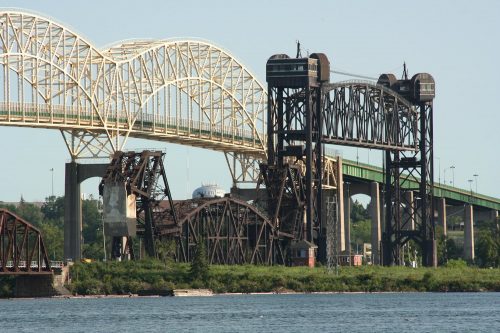 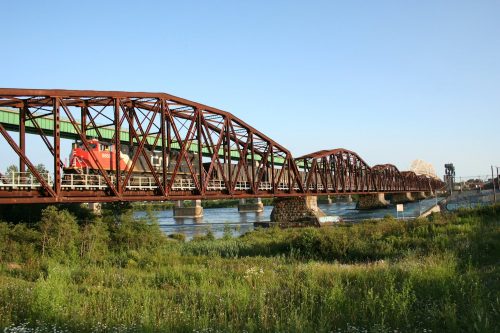 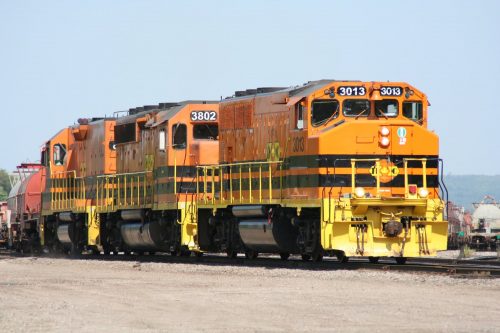 The primary source of paper traffic on the ACR was of course the old St. Marys Paper mill in Sault Ste. Marie. The original pulp mill dates back to the 1890s, and through a couple of name changes and significant expansions over the years, lasted until 2007 when the mill was shut down for good. The mill buildings, except for surviving parts of the original 1890 mill have since been demolished.

Despite having exclusive access to serve the paper mill, the Algoma Central rostered no boxcars for this service. Instead, as pretty much all of the mill’s output was exported south to the US, empty cars were provided by Canadian Pacific and SOO Line, and later primarily by Wisconsin Central.

St. Marys performed their own in-plant switching with their own engine, exchanging cars with the Algoma Central via several interchange tracks at the north west end of the property. ACR yard jobs would then accordingly deliver the cars to the CP/SOO interchange tracks.

In addition to the St. Marys mill in Sault Ste. Marie, additional paper traffic would also travel over the ACR from mills on the CN at Kapuskasing and Smooth Rock Falls and the Ontario Northland at Iroquois Falls bound for mid-west US destinations. Any westbound traffic that might have come these locations for central Canada or the west coast may have also traveled over the ACR from Hearst to Oba to continue westward on the CN main line.