My scratchbuilt model of bucket car AC 10591 has continued to make some good forward progress this weekend. Both this car and boom car 10588 now have a styrene floor, and basic bolsters and a piece of lead sheet glued in for weight, and this evening I made some additional progress on a basic interpretation of and underframe for 10591. The second car is yet to be done, but will be similar. 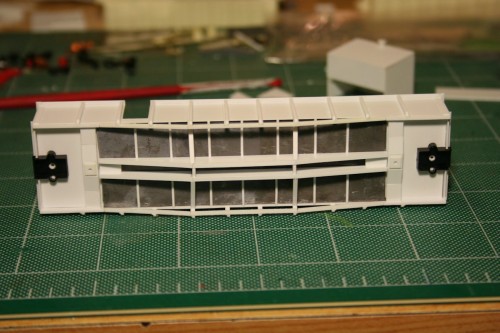 The cars were rebuilt from flatcars, so in addition to the interesting fish-belly side reinforcements, the cars have a heavy fish-belly centre sill underframe as well. I just have a few more pieces of bracing to fabricate, and then adding brake detail to the underframe.

Also on one end of the 10591 is this large boxy structure. I’m not entirely sure of its purpose but suspect it to be an oil tank of some sorts. Most of the photos I have of the car are all from the end with the box, making visual inspection of the inside face of it difficult. What can be seen from any angle, however, is a large vent on top, and what appears to be a lifting ring in the middle of the top surface (possibly attached to an access or filling hatch?). This 1981 wreck photo from Ted Ellis shows the railway’s wreck crane in action, with this bucket car included in the train, and provides a partial view of the inside face of the box. From what is visible here, the face appears mainly plain, with no doors (so it’s does not appear to be a storage cabinet), although a short drip strip across the middle third of the top edge is interesting. Perhaps there is a drain valve or some sort of access hatch to such at the bottom? 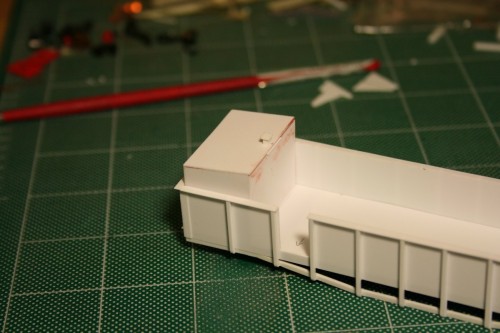 I’m hoping to find some ex-ACR guy that might remember this car and might be able to confirm those details, but in the meantime I’ve progressed with fabricating the box structure itself and the top vent. I’ll continue on with other details for now, but if I don’t find any more information I’ll just have to go with my best guess for the details to apply. 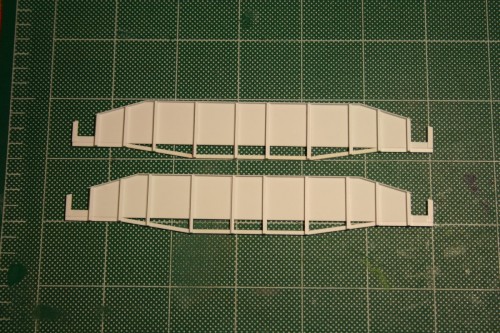 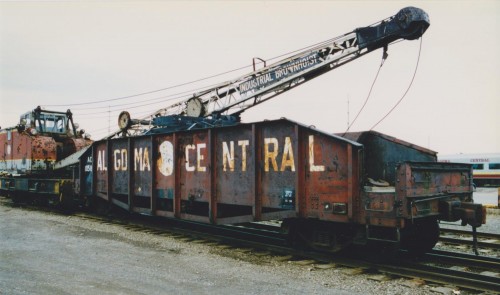 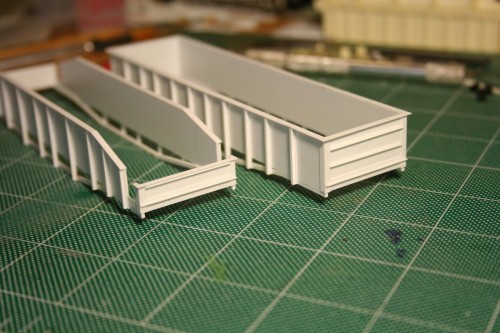 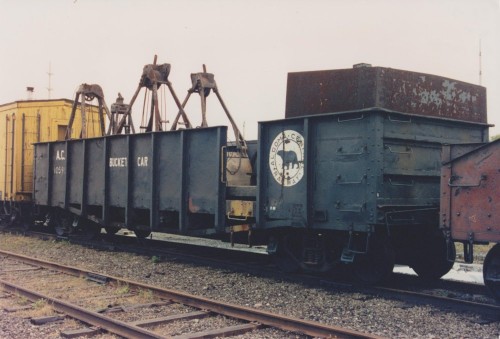 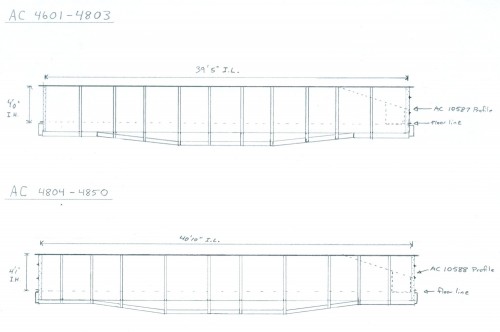 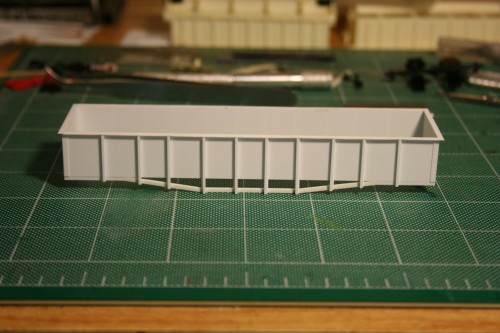 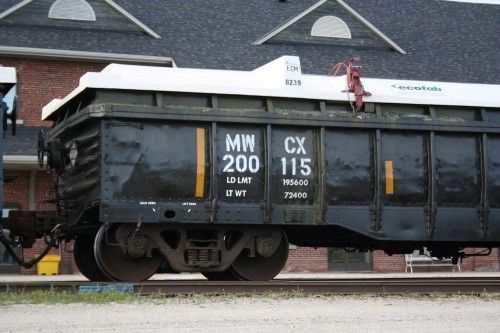 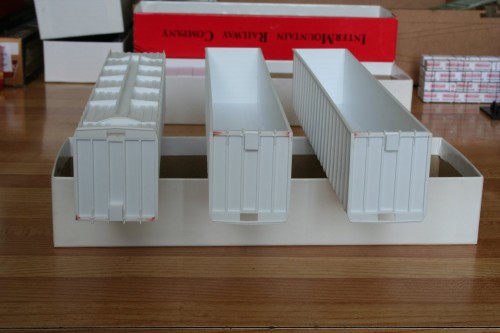 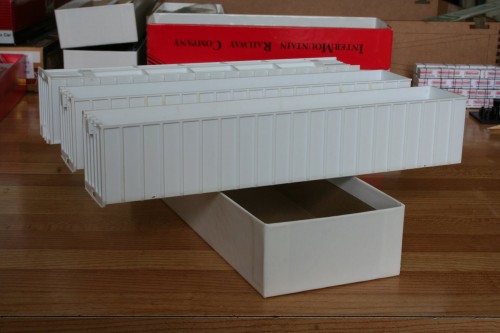