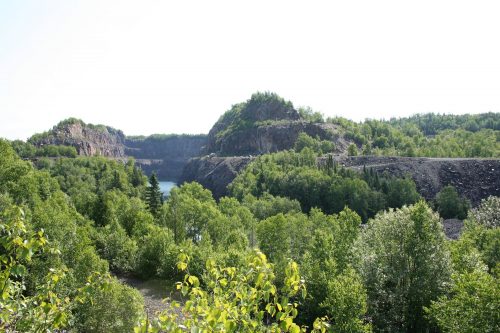 Abandoned Sir James open pit. July 19, 2017. The flat area visible through the trees at the immediate bottom of the image is probably the tail end of the roadbed of the ACR spur.

On this trip, I had a chance to find and check out the old Sir James open pit mine and the former ACR Siderite Spur which served it. While all the former structures and facilities at the mine are long gone, you can’t hide the scars created by surface mining, and some concrete foundations still exist next to the road. 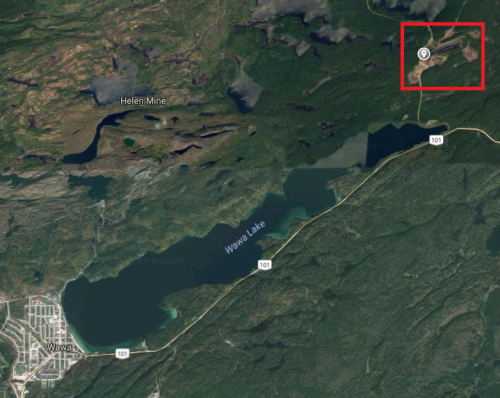 Location of Sir James Mine.

Finding the old mine site isn’t difficult, however the road is not obviously marked with any signage and looks like a private driveway. If you know what you’re looking for though, it’s easy to spot, as it’s immediately at the east end of Wawa Lake on Highway 101. From here it’s a short drive on this gravel road. The first sign you’ve arrived at the mine site is a pair of large tailing piles on either side of the road as the road curves and climbs up to the 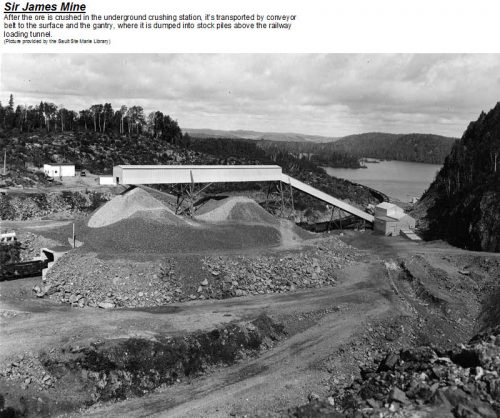 Aerial view of the loading facilities at Sir James Mine in the late 1950s. Lena Lake in the background. Image via www.michiwawa.ca

The Sir James Mine, named after Sir James Dunn, who was the head of the Algoma Steel Corporation in the late 1930s through early 1950s, was developed in the late 1950s and opened in 1958. The mine operated for about 10 years, into the late 1960s, although the spur that served it remained listed in the ACR timetable until 1980.

Following the abandonment of the site, the various mine structures were removed and the loading tunnel and any underground features were filled in for safety. 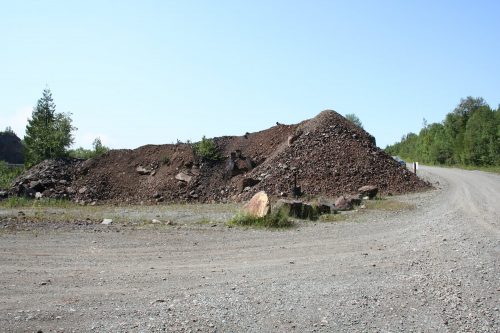 North end of the filled in rail car loading structure at Sir James Mine. Only the top corners of the tunnel portal are still visible poking out from the rock pile. July 19, 2017 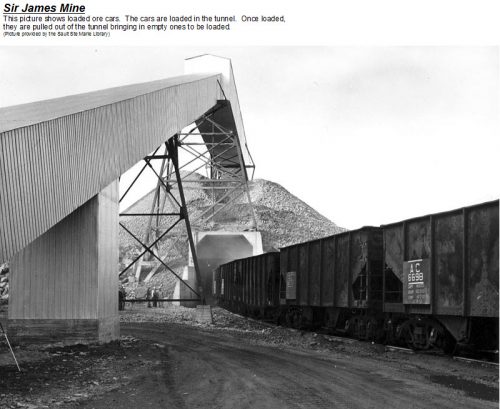 North end of the loading structure in the late 1950s, shortly after opening. Image via www.michiwawa.ca 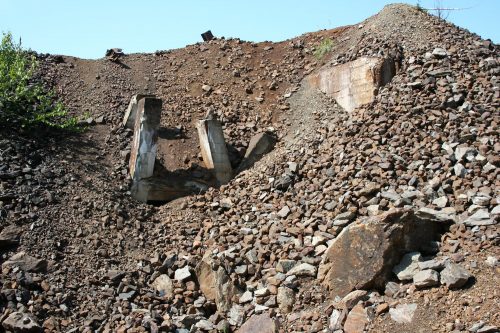 Part of the concrete base of the gantry support tower sticking out of the rocks beside the tunnel portal. 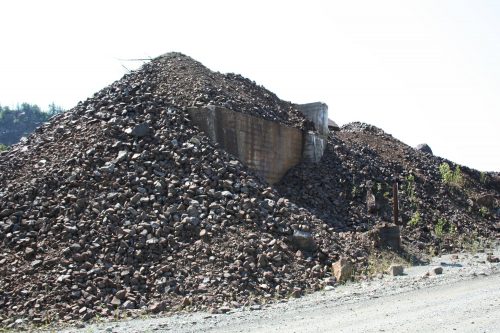 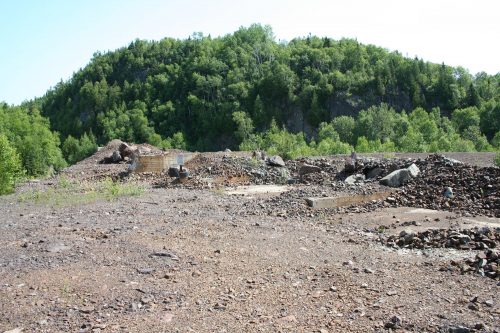 Top surface of the rail car loading tunnel at Sir James Mine, looking north. Heavy concrete bulwark near centre image is one of the support foundations for the conveyor structure. 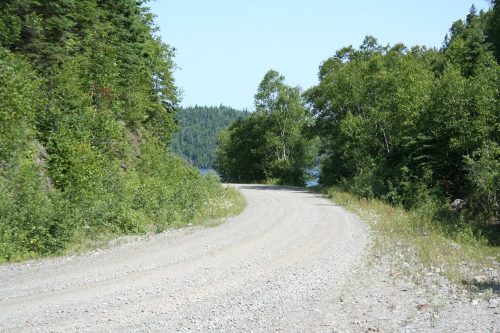 Looking away from the loading structure. From this point the road follows the roadbed of the abandoned ACR Siderite Spur for approximately 3 miles to where it meets the abandoned right of way of the Michipicoten subdivision.

The Siderite Subdivision was pretty well-built, with broad curves, long stretches of tangent track and an almost dead flat gradient. A number of high fills and deep rock cuts are prominent features in places.

The spur was finally removed from ACR timetables around 1981. 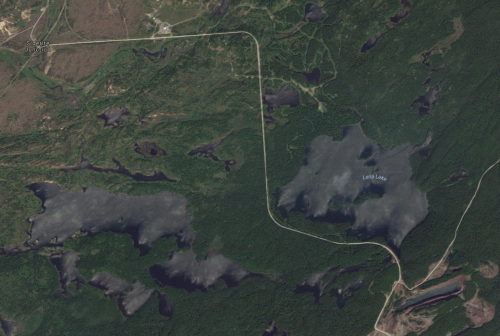 The route of the Siderite Subdivision clearly stands out in the satellite imagery. Siderite Junction, where the mine branch meets the Michipicoten Subdivision at at top left, Sir James Mine (“Siderite” on the ACR timetable) clearly visible at bottom right.